Are you skeptical about downloading a harmful program on your system?

Driver booster had a fair share of controversies in previous years. However, that does not mean the application is worthless.

It is essential to keep your drivers up to date for the optimal performance of your system. Still, for a beginner, it is challenging to figure out how to do it.

Thus, Driver Booster can solve your issue in a single click.

We have scoured the internet for honest reviews and user experience with the program. You can use this article as a guide to decide whether Driver Booster is safe program or not.

What is IObit Driver Booster?

IObit Driver Booster is a utility software that looks for corrupted drivers in your system. It automatically detects and updates your system drivers in a single click. In reality, you can manually open each location and update the driver manually. However, IObit Driver Booster searches it for you and brings it all in one place. Besides, the compression algorithm of the program helps you update the drivers 30% faster.

Besides, it marks restore points in your system. It might be helpful if you encounter a notorious malware attack. You can use it as your backup if you find the update buggy.

In a recent analysis by VirusTotal, we found that 80% of antivirus engines have marked it safe. The remaining have shown a suspicious flag. It is because VirusTotal uses permission to install software on its own, i.e., your drivers. Some antivirus products keep strict rules for such behaviors. Thus, they show a false alarm.

On a broader scale, it is a pretty decent score. Moreover, we haven’t seen any suspicious behavior once we let pass the application. That clarifies it does not install excess apps with drivers. You can read detailed Driver Booster Pro review for clarification.

In previous years, people have criticized Driver Booster for bundling adware with the program. However, they have always declined it. Often, such a scenario happens to those users who choose to download the application from unreliable sites. Third-party uploaders can tweak the software to install malicious programs on your system. Therefore, we recommend you to download the program from the official website if possible.

Besides, many experts who know much about software technicalities suggest against using such a program. It is not mainly for IObit Driver Booster, but for all application that uses such permission.

It is also true that antivirus programs consider such behavior as a part of PUAs. Thus, most of them flag it for the same. Potentially Unwanted Application (PUA) are those that do not provide any utility and consume your system resources. On the contrary, Driver Booster helps to keep your system up to date.

Additionally, if you find that new updates are not working correctly, then it allows you to downgrade to the previous version of the driver. You can do it from the application in a few easy steps.

Instead of Keygens or crack which can be suspicious, we suggest copy pasting Driver Booster Pro keys which is less risky.

Like we mentioned already, may hardcore techies don’t like the idea os having a driver installer. Most of them want to do it on their own. For manually updating your drivers, you need to know your motherboard company and version. Besides, you have to visit the official website to look for the latest version.

Some users also suggest that old drivers do not affect performance unless some new element is introduced. For instance, a video can contain a new type of audio that your media players don’t currently support. In such cases, you have to update the audio driver for better performance of your application. Besides, people also recommend upgrading your video drivers regularly.

However, if you don’t want to waste your time each time you get an error, it is better to use Driver Booster. It can upgrade your drivers as soon as the company releases them. Therefore, you won’t encounter performance issues with your computer. It is best for new users and for those who find computer knowledge overwhelming.

Driver Booster is a secondary product of the IObit company. IObit was founded in 2004. Since then, it has helped around 500 Million users to optimize their PC. Other products by IObit helps to keep your system privacy secure, clean junk files, and protect you from malicious programs.

IObit is a well-reputed company that is working for 16 years now. Besides, its products work efficiently to provide a user with a smooth experience. Such a company would not let install malware on your computer. Still, if you doubt your computer’s security, then you should use a robust anti-malware application like MalwareFox.

IObit Driver Booster is a legitimate program on its own. However, if you should always download it from the official site, otherwise, it might contain harmful malware that can damage your data. Additionally, look for any suspicious program before installing the package. Someone may have tweaked the program to install PUAs on your system.

Besides that, Driver Booster works effectively to make your PC run smoothly. You can leave all your worries to this program after installation. Also, use a secure anti-malware application like MalwareFox. It can stop any malware attack in real-time and protects your device.

I love exploring new technology and figuring out what it has to offer to make our life easier, especially when it comes to being more productive and get more work done.

3 thoughts on “Is Driver Booster Safe?” 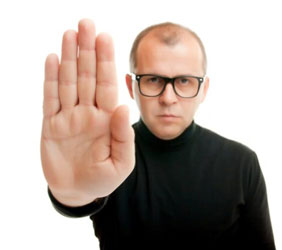