BitDefender offers an excellent online security option at present. It is also favored due to its non-complicated applications and affordable pricing thanks to coupons but there are some Bitdefender problems which can trouble its users.

However, this program does come with some limitations, but this doesn’t mean you cannot troubleshoot and solve them.

Listed below are the five common Bitdefender problems and just how you can provide a solution to the problems.

BitDefender may conflict with secured websites, online games and even programs such as Microsoft Outlook because of complications with SSL certificates. SSL certificates keep your computer safe.  In layman’s language, they are simply installed on your computer to allow secure connections from a web server to a domain name.

SSL certificates are gatekeepers designed to check IDs for authentication – they check a website’s SSL certificate to ensure it is trusted. SSL scanning errors that block out secured programs and sites arise due to several issues such as server clock issues.

SSL scanning errors can be solved by disabling BitDefender scan SSL feature.  This is done by following the steps outlined below; 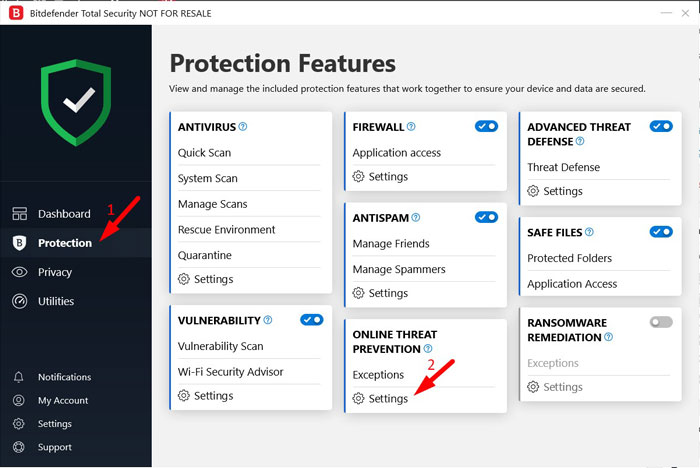 Now use the toggle button to switch off the Phishing protection. 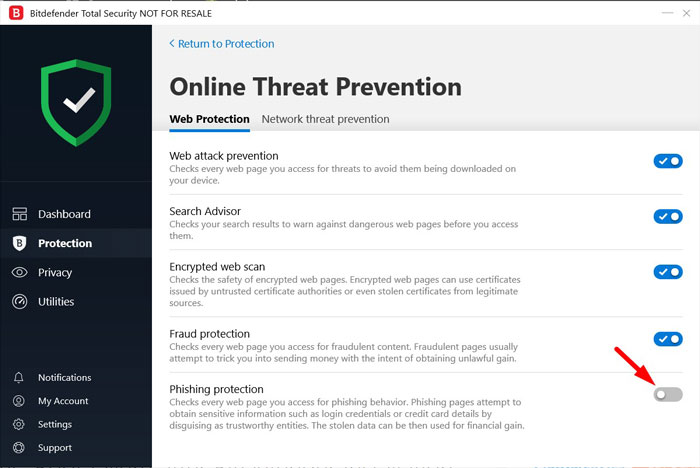 After disabling the scan SSL feature, visit the sites or programs to ensure that they do not break and that they work fully. This action works for trusted websites and programs that you are confident with. To ensure you are protected at all times, it is also a good idea to contact customer support for a full solution to this Bitdefender problem.

The best way to go about solving the issue is to browse your computer to find out what software is left. Then restart your PC in safe mode and head to the bitdefender.com site. Uninstall the older version and then re-install it.

Head back to the desktop and run the downloaded software with administrator privileges. This route gives you full access to the PC and helps to tidy up the software. For different software other than BitDefender’s older version, follow the same uninstall, reinstall and administrator run process.

Restart your PC in normal mode and then try to install the BitDefender software again.  If the reboot failure problem persists, use a Windows System Restore to backdate to before you installed the program. For the non-tech savvy, this may be the point where you contact BitDefender customer support.

It is highly probable that the reasons why the BitDefender won’t scan your PC are because of an error during installation or a non-thorough clean of the previous software. People who install more than one security tools on their PC are also likely to experience this issue according to the program they use.

In the case of remnants from the previous software or older versions of the BitDefender software, follow the steps outlined on point 2 – PC boot failure after BitDefender Installation. For individuals with limited knowledge in terms of the best antivirus tools, it is good practice to research and understand more on options before opting to get one – this helps you to decide whether you need one or more tools and which tools complement each other best.

BitDefender is ingeniously designed to track even the smartest of malware that tends to hide within games and applications. The malware infection may also save themselves into your PC by adapting the Apps and games user names similar to what Ransomware attacks do. However, we have to remember that this is all tech thus; errors tend to occur simply because they follow a pattern.

BitDefender will sometimes block out Apps from saving files in your PC or even stop you from saving your games in your PC. This is because of the pre-existing security feature that hunts for malware infections and may suspect the programs to have such infections.

However, you can grant permission to Apps and games to be able to be saved on your PC. This simply means you are overriding BitDefender’s protection from unauthorized data access in your PC. You can also do this manually by accessing the BitDefender program and changing the application access blocked item and be able to change the decision.

You, however, need to be very vigilant with this feature and the best way is to not reverse the decision but simply us it on a case-by-case purpose with a pop-up notification and only if you truly trust the games and Apps.

5. Failure to Activate the BitDefender Firewall

The BitDefender software is equipped with a strong firewall to prevent the spread o infections to your PC. However, you may experience a malfunction with the software. This is normally caused by a lack of an element highly important to windows firewall products – the Base Filtering Engine (BFE) which controls the program’s filtering platform.

BFE is very important to your PC because of the lack of it deteriorates and compromises the security tool.

Follow the steps below to fix your PC’s BFE;

Press Win+R button and then type services.msc in the text box and press enter or click OK. 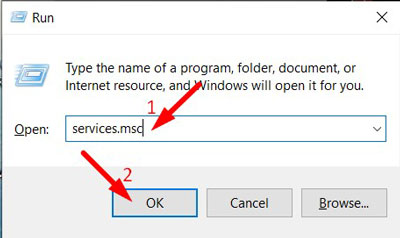 Now you will see the list of all services on your computer. Locate Base Filtering Engine service and double click on it. 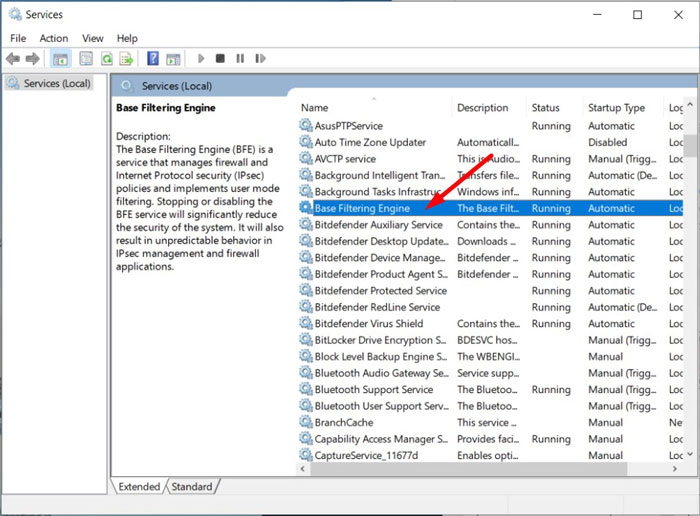 Then make sure that the Startup type is Automatic and Service Status is Running. 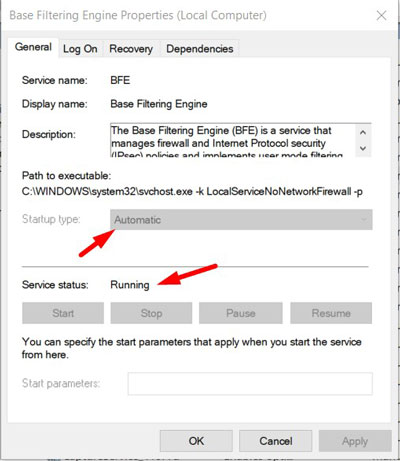 If not, set to the latter options and then restart your PC. If you come across any more error messages, fix the permissions for the BFE by downloading the BFE repair tool. Unzip the downloaded file and run it. Merge the new changes, then reboot and check your BFE status again.

Sure, you may experience these small inconveniences with BitDefender, however, it proves to be a contender on the best online security tools list. And the small issues do not undermine its performance and efficiency at any point.

When looking to purchase the BitDefender software, it is advised to understand how it works so you can effectively install and utilize all the features it delivers. Plus, the software’s customer support is reliable and always there to help out in any kind of Bitdefender problem.

3 thoughts on “5 Common Bitdefender Problems and their Solutions”