An anti-malware software is a computer program that has the ability to detect malicious software and remove it/ them before significant damage is done.

They work in a similar manner as antivirus software but are more specific in this field. The best anti-malware software for Windows 10 performs better than most antivirus programs when it comes to Malware deletion.

Unlike antivirus programs, antimalware programs are specialized in malware removal. In short, they get faster updates on new malware definitions and hence keep you safe from threats as they emerge.

Here are just a few things that will help you determine the best anti-malware program for Windows 10:

Obviously, some software programs have compatibility issues with Windows, hardware or both. There are two ways to ensure that the antimalware is compatible with your system;

During your trial period, you should notice if the antimalware program is fully effective in its job. In that, you can check how often it detects malware programs together with the antivirus or how many more times it has detected the malware hacks than the antivirus you have installed. 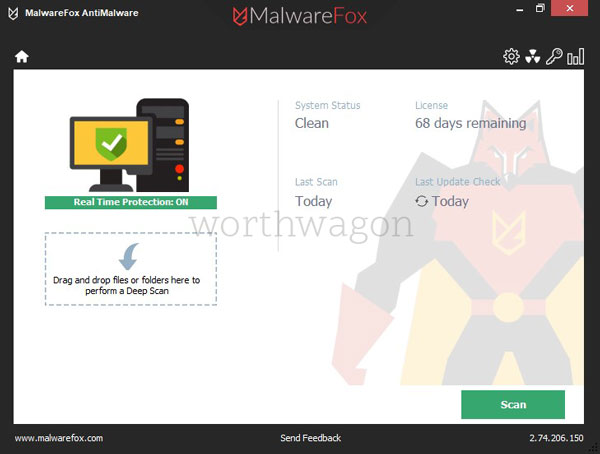 MalwareFox is the best antimalware software for Windows 10 because of simple reasons: it’s lightweight and effective.

You probably have noticed that Windows Defender is a preinstalled free addition to the Windows Security features. With MalwareFox by its side, nothing can penetrate the system.

MalwareFox also has lots of other qualities that make it the best and unique in its field. To begin with, MalwareFox offers protection against Ransomware, which emerged not so long ago but has terrorized millions of people.

The antimalware also provides security from adware and browser hijackers. All these are recent threats which could easily be missed by antivirus programs or inferior antimalware programs.

MalwareFox also performs background scans with minimal CPU usage. It, therefore, works on even low-end computers. This can also be ideal for gamers since the abrupt scans by the software will not affect gaming performance.

The developers also ensured that the program has behavioral detection to protect zero day attacks. MalwareFox, according to our tests, can detect threats faster than any antimalware we have come across. 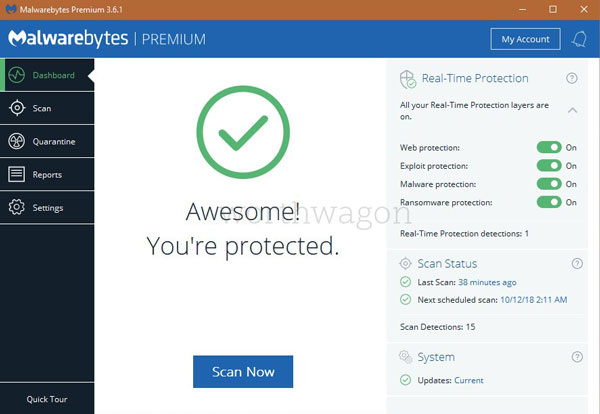 Malwarebytes is also another compatible antimalware program for Windows 10. It is well known for its fast operation as well as brute scans.

Malwarebytes is great in performance too. The CPU usage during scans is insignificant, hence you can continue with other heavy tasks as you do a deep scan on the computer.

Even though the performance of the antimalware program is splendid, Malwarebytes still has a mile to walk. The program uses basic malware signatures in the database to determine a threat. This simple method of file analysis won’t be able to protect you from new threats.

The developers also encourage the use of the software as a standalone security program when clearly there’s a lot to be done. Critics have spoken against its standalone use.

If you are considering purchasing do not go ahead without using Malwarebytes discount coupon code.

Put away the joystick for this doesn’t include a game in the franchise. HitmanPro is a small antimalware software that has been on the market long enough to advance itself to the best antimalware for Windows.

It has proven itself useful to even the highly infected computers. Hitman.pro has the ability to remove malware that has already rooted itself deep in the system.

It was developed for the sole purpose of removing resistant malware. Developers are also working on a new ransomware module that will keep your PC safe from that specific threat and bypass the infection.

The antimalware program also has an easy mode of operation. From the installation up to firing up the scans, you are able to do all of this with only a few clicks. It also provides detailed results of a specific file which you can access with a double-click on the results link.

The developers have enabled free usage of the software, but with limits. A person is only able to scan malware threats but has to buy the premium package in order to remove them if present. 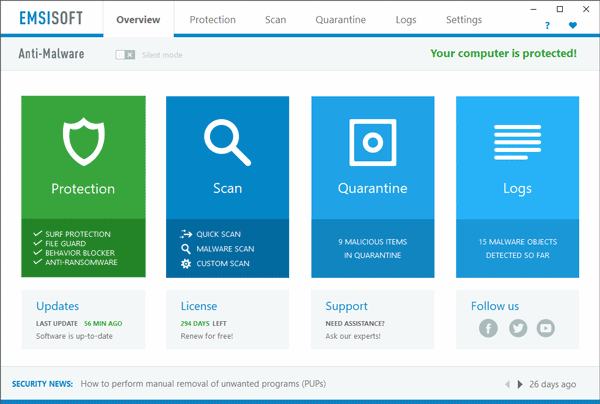 Emsisoft is one of the best antimalware programs that give you a whole month of free protection. It has received positive reviews from critics and has also attained great lab scores.

Emsisoft provides security against ransomware attacks, bots, and backdoors into your system or browser (browser hijackers).

Most importantly, Emsisoft prevents banking trojans from stealing your banking credentials. If you felt like losing pocket change was bad, wait until someone empties your PayPal or bank account.

The antimalware program also offers cloud protection as you surf the web. This ensures maximum protection against malware since some of the threats come from the internet.

Even though some of these features are already available on antivirus software, it would not hurt to interchange them from time to time. You never know what was missed by the previous one. 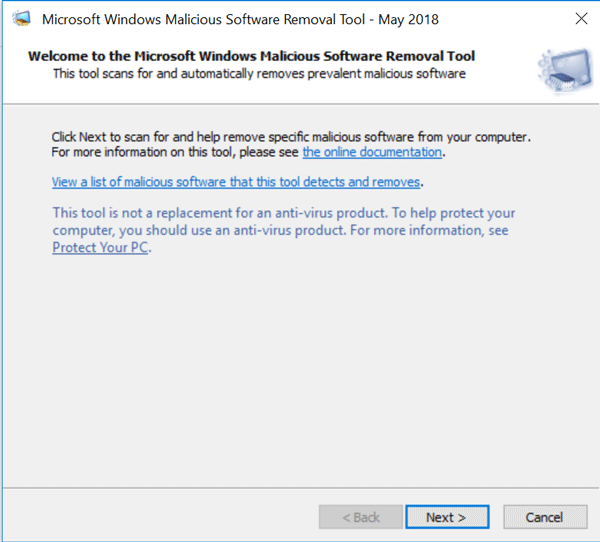 The Malicious Software Removal Tool is a free program provided by Microsoft to remove any antimalware within the system. Just like any other antimalware program, MSRT is meant to complement the pre-existing antivirus program.

It runs a deep scan on your PC and detects any file that appears malicious or damaged. The reason it is in the last spot is that the software only works when dealing with prevalent malware.

In other words, if a new threat comes along before the software’s update, it cannot be able to remove the threat. The Malicious Software Removal Tool will only remove the pre-existing ones successfully.

It is, however, pretty accurate at removing the malware programs. Recent tests have shown it to be the most efficient antimalware program when dealing with system infections.

If you have turned off the automatic updates on earlier versions of Windows, you should be able to get the Malicious Software Removal Tool automatically on your computer.