Malwarebytes is one of the biggest names in the security industry. It has many advanced security features that make it a highly capable and reliable antimalware solution. However, not all its features are available in its free version.

While using a free version of a program, there is always a question in the users’ minds: What extra does a premium or paid version offer that is worth paying for?

Malwarebytes comes with a few advanced components that are exclusively available in its premium version.

However, suppose your works involve constant internet use like online data exchanging and more such tasks. In that case, it is better to get more advanced security for the all-round safeguard.

Clearly, the premium version of Malwarebytes provides a lot more advanced features than its free variant.

Reasons to get Malwarebytes Premium version

Getting a premium version of Malwarebytes or any other program means that the user requires some additional features that are unavailable in the free variant.

It totally depends on your requirements and usage. If your work heavily relies on the internet, your system is more likely vulnerable to cyber attacks like spyware, trojans, browser virus, and more. Also, if your system has a lot of essential files, you don’t want those to be encrypted with the ransomware and then pay the ransom to decrypt them.

Is Malwarebytes Premium worth its price?

Malwarebytes Premium version has evidently got a lot of advanced security features that attract the security and privacy concerned users towards it.

However, many users have a complaint about the subscription plan of Malwarebytes Premium.

However, things got changed from 2014. Malwarebytes changed their subscription model and replaced the lifetime subscription with the annual subscription. Though this move was inevitable; otherwise, it would have been difficult for Malwarebytes to maintain quality. Eventually, it would have lacked behind in the competition for providing quality security services. The users obviously didn’t like that and felt dejected.

The yearly subscription, which was started in 2014, currently costs around $40 for a single device and $60 for three systems. However, many users have reported on WildersSecurity.com that Malwarebytes isn’t that effective as before and not worth its price.

If you also feel spending the $40 per year for an antimalware is too much, you can go for the security programs that provide the same or even greater level of security than Malwarebytes at a much lesser price.

Which is the best alternative to Malwarebytes?

If you feel the Malwarebytes premium version is overpriced, you can go for its best alternative – MalwareFox.

MalwareFox is another great antimalware solution that comes with a lot of advanced security tools and features. It is light-weighted, and unlike many other security programs, it works pretty well with the Windows Defender Security app.

Similar to Malwarebytes, MalwareFox also comes with a yearly subscription and a free trial of 14 days. The one-year subscription for the single device is just $26 in price, while if you get it for three devices together, it would cost you around $41, i.e., only $13.74 per device for a year.

Get MalwareFox Antimalware at a Huge Discounted Price

Though Malwarebytes is a great security solution, the premium version is still overpriced with the features it provides. The free version is very basic and unsuitable for advanced users. It is true that when it comes to securing your system with a security solution, price shouldn’t be a concern. However, if you are getting the same or even more security features and efficiency in another program at a lesser price, then there is no reason you shouldn’t go for it.

I also have a great deal of experience working with software of all types, from industry-standard software suites to open source development efforts. 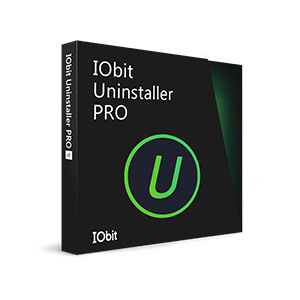 Get IObit Uninstaller PRO for $2 USD only.
Award winning Advanced Uninstaller to get rid of unwanted and stubborn programs in one click.

Add IObit Uninstaller PRO for $2 only!