No doubt, Bitdefender has a good ratings in terms of security and it is reliable protection suite. However, question rises whether your should go for Free or Paid?

The Bitdefender Free Antivirus comes with basic and essential features. First of all, it supports only one device that means you can only protect the Windows device with it. The free version doesn’t support your Mac, iOS, or Android device.

The most basic and essential feature is Real-Time Protection. It is necessary as if a threat is trying to enter in your PC, and the antivirus should stop that immediately. Not when you press the scan button. Several computer risks start damaging your system just after entering. So it won’t be of any good if it doesn’t catch the threat in real-time. 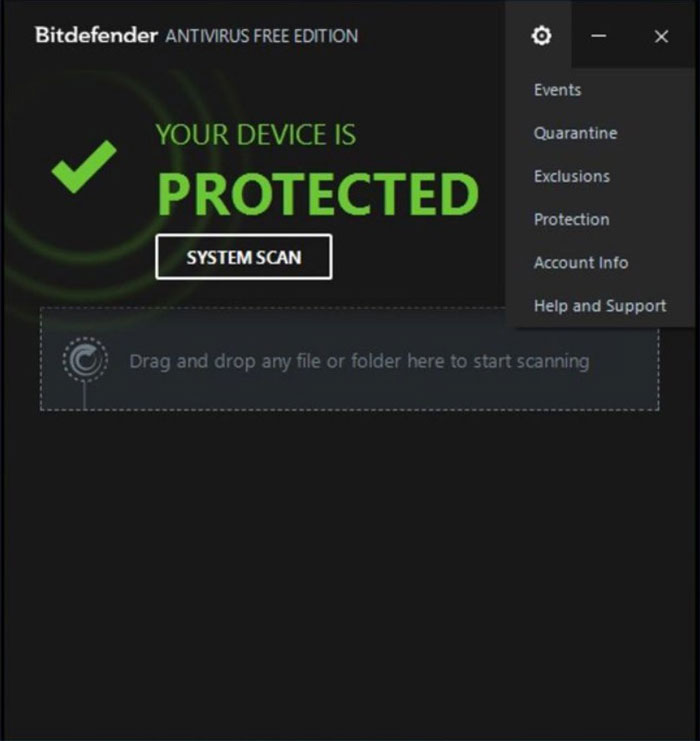 Also, it works on behavior-based technology to catch advanced threats. This technology helps the antivirus to detect the new dangers. Earlier, signature-based detection was used to identify the culprit. Once a virus is known, its signature is updated on the database. So that antiviruses could block that threat. This process is slow and time-consuming. Nowadays, several threats are emerging in a single day. So catching them all with the only signature method is a tough job. The behavior-based technology lets antivirus to analyze the behavior of all applications in the system. Whenever, a program performs an action like malware, antivirus blocks that threat immediately.

If your only concern is money spent, get the Bitdefender 90 Days trial or use coupon to grab it at cheapest price.

Bitdefender Free keeps you safe from harmful websites while you browse the internet. It continually monitors the links and URLs you are accessing and check them with its database. If you try to access a flagged website, the antivirus warns you.

Anti-phishing and Anti-Fraud feature of Bitdefender Free antivirus protects you from online frauds. It is helpful while you shop or access financial services online. It monitors the security certificate of the websites and makes sure that you enter your credit card or banking details on a good website. Also, Bitdefender Free will get the automatic upgrades, meaning if a new version comes you are going to get that.

It seems that Bitdefender Free has all the required features. Well, it is not, first, check the paid 2020 version features then decide.

The paid version of Bitdefender Total Security has all the features the Free version supports. As well as, it has several other essential functions. First of all, the Paid version supports all your devices, and it protects your Windows PC, Mac, iOS, and the Android smartphone.  Bitdefender Total Security supports up to 5 devices. Also, it includes all the premium features.

The ransomware locks all your valuable data and then ask thousands of dollars as ransom. That’s why the paid version has multi-layer ransomware protection to keep your files from encryption. 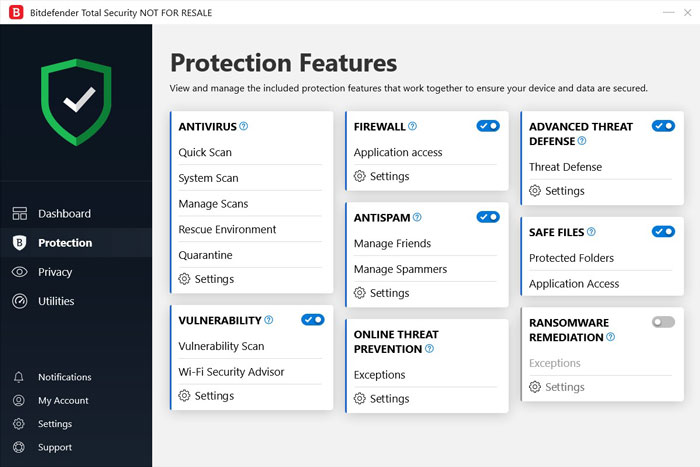 In the 2020 paid version, Bitdefender includes two new features Anti-tracker and Microphone Monitor. Several websites collect your data and track your online activity. The anti-tracker lets you remove the trackers to protect your privacy. The Microphone Monitor enables you to have control over the Mic so that no one can hack it and spy on you.

With the paid 2021 version you get Bitdefender VPN and Password Manager. VPN gives you 200MB of daily bandwidth on each device. That might not seem enough, but you can do the essential work with 200MB. The Password Manager securely stores your credit card details, banking details, and other passwords in the vault. It automatically fills them while you access those websites. Vulnerability Assessment checks for security loopholes and suggest fixes. The File Shredder deletes your confidential files in a way that it won’t be recoverable.

The Bitdefender Paid version comes with Webcam Protection, Parental Control, Privacy Firewall, and a speed booster. You can put your valuable files in the Safe Files, and it won’t let anyone make changes to those files. Similarly, File Encryption enables you to store confidential data in a password-protected vault. The Network Threat Prevention feature analyzes the network level activity and blocks threats that try to exploit that.

The most useful feature of Bitdefender 2021 paid version is Anti-Theft. It has several features that help you locate your device in case of lost or stolen. It enables you to recover the device or wipe the sensitive data.

You can check out Bitdefender Total Security 2021 Review for more details.

Get 68% Discount on Bitdefender 2020 Paid Edition

The free version only protects you from the viruses and malware. However, the Paid version gives you complete protection from all kinds of threats. So, the paid version should be preferred for all round security.

In modern days computer threats aren’t limited to the viruses and trojans. Cybercriminals are finding new methods daily to enter in your system. Nowadays, threats are more advanced and sneaky. Threats like ransomware, spyware, and websites looking for personal information, all these threats require superior protection.

Bitdefender Free software only covers necessary protection. It will stop threats like viruses and trojans. However, when it comes to protecting against cyber-attack or ransomware attack, it won’t do anything. That’s why I suggest opting the paid version. The plus point with the paid version is you will get the online support. So now you have someone who can help you in case of any attack, unlike the free version on which you are on your own.